Status of Prayer in Islam 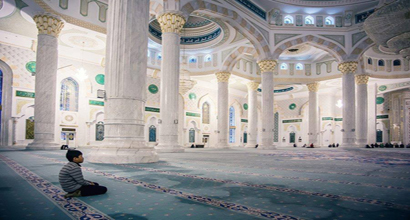 Prayer endows and ennobles man with such excellent virtues of character as truthfulness, honesty, moderation, integrity, modesty, fairness, and generosity.

1- Prayer: The Pillar of Religion

Every Muslim says and knows in his heart that Prayer is the “pillar of Religion”. It is the line which divides Islam from non-Islam. Islam has not only thus described it, but has made it the pillar of the faith, because of its exalted position, its supreme value, and its importance to Allah and His Prophet Muhammad (peace be upon him). Allah has ordered us to be mindful of it, saying:

Guard strictly your Prayers, especially the Middle Prayer, and stand before Allah with all devotion. ( Al-Baqarah 2:238)

Allah has made Prayer the way to success, prosperity, and happiness:

The believers must (eventually) be prosperous . Who are humble in their Prayers. ( Al-Mu’minun 23:1-2)

2- The Spiritual Influence of Prayer

Genuine Prayer, based on humility and submission, illuminates the heart, purifies the soul, and teaches the worshiper both the refinements of worship and his obligations to the divinity of Great Almighty Allah, for it is through Prayer that the Glory and Majesty of Allah is implanted in his heart. Prayer endows and ennobles man with such excellent virtues of character as truthfulness, honesty, moderation, integrity, understanding, modesty, fairness, and generosity. It raises him up and directs him only to Allah, increasing fear and dread of Him.

In this way, his moral standards are raised, his soul is purified, and he sets aside lying, falsehood, evil, deception, anger, and pride and thus rises above injustice, enmity, meanness, iniquity, and disobedience. By doing so, he proves the word of Almighty Allah to be true:

Prayer restrains from indecency and evil. And remembrance of Allah is the greatest thing in life. And Allah knows the deeds that ye do. ( Al-`Ankabut 29:45)

3- Prayer as a Remedy for the Heart

Prayer has a form and a spirit. Its form is worship with the body while its spirit is worship with the heart. It is a material and spiritual exercise. The heart and face of one who performs it will shine with divine light and his soul will be uplifted. It is the link between the slave and his Master. The performance of Prayer is one of the greatest tokens of faith, the most significant of religious ceremonies, and the surest way of thanking Allah for His boundless favors.

To neglect it is to be separated from Allah and to be deprived of His mercy, the abundance of His favors, and the plenitude of His generosity. To neglect it is to be deprived of His kindness and blessings. True Prayer is the remedy for the diseases which beset the heart and corrupt the soul. It is the light which dispels the darkness of evil and sin. Abu Hurairah (may Allah be pleased with him) said, “I heard the Messenger of Allah (peace be upon him) say, ”Look, if anyone of you had a river at his door and bathed in it five times a day, would any of his dirt be left?’ They said, ‘None of his dirt would be left.’ He said, ‘This is like the five Prayers by which Allah washes away our sins.”‘ (Muslim)

4- Unity and Equality in Prayer

Equality and justice are made manifest through Prayer. When the muezzin (one who calls the Adhan) calls: “Come to Prayer, Come to prosperity”, all those whose duty is to pray and who hear his  call, be they rich or poor, young or old, ruler or subject, assemble in one row with no distinction or difference between them – all of them are worshipers of Allah. They meet on common ground in one of the houses of Allah, thinking only of Him and humbling themselves before Him.

And the places of worship are for Allah (alone); therefore invoke not anyone along with Allah. (Al-Jinn 72:18)

Standing behind one Imam (leader of prayer), they face one direction, worship Allah, the One Who has no partner, and become humble and submissive, fearing His punishment and craving His mercy. With certainty, that divine blessings will descend upon them and they will be surrounded with His mercy. The Almighty Allah says,

Pray to Him with fear and longing (in your heart), for the mercy of Allah is near to those who do good. (Al-A`raf 7:56)