How to Live in the Prayer before the Act of Praying 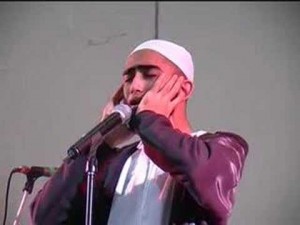 The Prophet said: “A person is considered in prayer as long as he is waiting for the prayer.”

When we say Prayer, most of us believe it begins when we stand and say “Allahu Akbar” (Allah is Greatest). But it begins before that.

“A person is considered in prayer as long as he is waiting for the prayer.” (Al-Bukhari and Muslim)

Satan hates the prayer. The Prophet (peace be upon him) said:

“When the adhan is pronounced, Satan takes to his heels and passes wind with noise during his flight in order not to hear the adhan. When the adhan is completed, he comes back and again takes to his heels. When the Iqamah is pronounced and after its completion he returns again, whispering into the heart of the person (to divert his attention from his prayer) and making him remember things which he does not recall to his mind before the prayer and that causes him to forget how much he has prayed.” (Al-Bukhari)

From the time the adhan starts, Satan tries to distract you, so that you do not benefit even from the great blessings of it. So what is so special about the adhan?

An Opportunity to Seize

“The muezzin (person calling to prayer or making the adhan) is forgiven for as far as his voice reaches and whoever hears him will confirm what he says. He will get a reward similar to those who pray with him.” (An-Nasa’i and Ahmad)

`Abdullah ibn `Amr (may Allah be pleased be with him) related that a man asked the Prophet (peace be upon him): “Does the muezzin get more virtues than us?” and the Prophet responded:

“Say what they say and when they finish, ask and it shall be given.” (Abu Dawud)

When the adhan starts with “Allahu Akbar” it is reminding you that Allah is greater than what you are doing, be it the television series you are watching, the article you are reading or the conversation you are having. And why do you rise up when you hear the adhan? Because of “La ilaha ila Allah” – your belief in One God. If you find what you are doing seems to be more important, then in reality it is almost as if that is what you deem to be more important than praying to God.

Why do we say that? Because we know that we will not be able to have true devotion, nor perform the prayer perfectly, except with the help of Allah.

Remember that the adhan is a calling; it is a most beautiful calling because it alerts you to meeting your most Beloved. When we are about to meet someone we love, the feelings of excitement and longing come before the meeting. They begin when that special someone tells us: “I’ll meet you in ten minutes” or “I’ll see you in a few seconds.” This implies that the person that is telling you that he or she will meet you is a special someone, which brings upon feelings of happiness.

Lady `A’ishah (may Allah be pleased with her) narrated that the Prophet (peace be upon him) said:

The adhan is telling you that now is the time to meet Allah. So those who truly love Allah will jump at the chance to meet Him, and not wait until the time for that prayer is almost over. Look at Musa (peace be upon him) as Allah the Exalted says:

And what made you hasten from your people, O Moses? He said, they are close upon my tracks, and I hastened to You, my Lord, that You be pleased. (Ta-Ha 20:83-84)

Look at how Musa (peace be upon him) said he rushed to Allah that is the action of one who truly loves and has awe.

So, enjoy the adhan, and you will, in sha’ Allah (Allah Willing), enjoy the prayer.

We ask Allah to help us perfect our prayers.