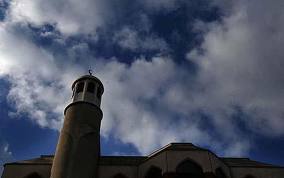 We must remember that prayer is both an important duty towards Allah and a means that will help us attain our next lives.

One of the essentials of prayer is having firm faith in Allah. In situations in which one feels desperate, people feel no doubt about Allah’s existence and His help. Yet a person ought also to feel Allah’s existence, might and grandeur while praying during times of ease. In fact, not only during prayer, but at every instant of daily life, a believer should retain this awareness.

At every moment he must feel Allah’s existence and closeness and pray, for only someone who is cognizant of Allah’s existence acknowledges the meaning and importance of prayer. Prayer is an intimate and personal bond between people and Allah. Through prayer, people express all their troubles and wishes to Allah and implore Him to assist them. In return, Allah answers His servants’ prayer.

Prayer in the Qur’anic sense can by no means be limited to a few rituals. As the verse “… remember Allah standing, sitting and lying on your sides.” (An-Nisaa’ 4:103) maintains, one can bring Allah to mind and pray to Him at any time and under all conditions, without necessarily performing any particular ritual or ceremony. That is because what matters is not the outward performance but one’s sincerity.

Misunderstanding this strips prayer of its actual meaning and causes it to be perceived as a form of magic or spell. We can see this by the superstitious practices of some ignorant people such as fastening clothes to trees or blowing into water. It is well to remember that superstition is the opposite of the Qur’anic rationale. Instead of directly turning to Allah and asking for their needs from Him, these ignorant people devise some superstitious rituals or symbols and pray through these means. Meanwhile, they are unaware on whom they call. They attribute supernatural power to those objects they pray to, yet they fail to describe the nature of this power. This includes the superstitious practice of visiting tombs and praying to the dead to ask for help, whereas visiting tombs should be to remind us of death and the power of Allah.

A believer who complies with Allah’s command which says, “Remember the Name of your Lord, and devote yourself to Him completely.” (Al-Muzzammil 73:8) turns to Allah alone, and submits and pleads to Him.

Striking a Balance between Hope and Fear While Praying

In the Qur’an, Allah refers to Himself as, “… the Most Merciful of the merciful…” (Al-Anbiyaa’ 21: 83). It is also stated that, provided that one asks for repentance, anyone who does evil will find Allah forgiving. (An-Nisaa’ 4:110) For this reason, people must reflect upon this attribute of Allah and pray with hope. No matter how serious an error a person may have committed, and is in deep remorse over it, it is not a reason for him or her to despair of Allah’s forgiveness. Thus, the state of mind caused by erring and committing a sin must never become an impediment for a prayer of hope for forgiveness, for Allah states in the Qur’an that only disbelievers lose hope in Allah’s mercy:

In addition, no one is immune to punishment in Hell. Indeed Allah warns people against this, saying, “No one is safe from the punishment of his Lord.” (Al-Ma`arij 70:28) For this reason, everyone must fear Allah as much as he or she can. Human beings, whose life is a test, are always vulnerable to Satan’s cunning deceptions and are thus very likely to go astray and turn away from the righteous path. Nobody is guaranteed a place in Paradise. This makes a person fear failing to attain Allah’s good pleasure, while hoping for Allah’s mercy.

Indeed, one of the attributes of a true believer that distinguishes him from all others is his fear of Allah, since a disbeliever doubts even the existence of Hell. Believers, however, are fully cognizant of Hell’s existence, and they see it as a very serious threat. Having an unswerving faith in the Day of Judgment, they feel the greatest fear. Only a person who has faith in Allah and avoids arrogance is influenced in her conduct by this fear: she feels no doubt about the existence and severity of the torment of Hell, and never assumes an attitude or behavior that may involve the risk of being thrown into it. She only aspires to the life in the hereafter that abounds with infinite beauty and makes every effort to distance herself from torment. The fear a believer feels for the hereafter manifests itself in his or her prayer.

That is why we find the concepts of fear and hope side by side in the Qur’an. If a person fails to fear the torment of Hell while praying, this is due to an essential failure of thinking and comprehension. Just as how eagerly a person prays to attain Paradise, so must he, for avoidance of Hell. In other words, through fear of Hell, he hopes to attain Paradise. Some of the verses that mention this are as follows:

Do not corrupt the earth after it has been put right. Call on Him fearfully and eagerly. Allah’s mercy is close to the good-doers. (Al-A`raf 7:56)

Their sides eschew their beds as they call on their Lord in fear and ardent hope. And they give of what We have provided for them. (As-Sajda 32:16)

As is seen, fear and hope are the two essential feelings that are proper to prayer as described in the Qur’an. In fact, a careful scrutiny of the Qur’an reveals the vital importance these two concepts represent for all forms of worship and in every instant of one’s life.

We must remember that prayer is both an important duty towards Allah and a means that will help us attain our next lives, for in the Qur’an Allah states that the end of those who fail to offer prayers to Allah will be the eternal torment in Hell.

Your Lord says, “Call on Me and I will answer you. Those who are too proud to worship Me will enter Hell abject”. (Ghafir 40:60)

The article was first published in Harun Yahya’s book: Prayer in the Qur’an. Here taken with kind permission from www.harunyahya.com.