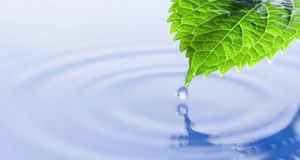 It is undesirable to carry something on which Allah’s name is written while entering the bathroom.

The rope used for hanging clothes with impurities may be used afterwards for hanging pure clothes.

If a liquid falls on a person and he does not know if it is pure or impure, he does not have to inquire about its purity. If he does inquire, the one who is asked may not tell himeven if he knows that the liquid is impure. In this case, the person does not have to wash his clothes.

If a person finds something moist on his body or clothes at night, and he does not know what it is, he does not have to smell it to identify what it might be. It is narrated that `Umar passed by a gutter and he got wet. There was someone with `Umar who asked the owner of the gutter if the water was pure or impure. `Umar told the owner of the gutter not to tell him, and went on his way.

Clothes stained with mud are not required to be washed. Kamyal ibn Ziyad reported: “I saw `Ali wading through the mud, after which he entered the mosque and offered the prayer without washing his legs.”

If a person finishes his prayer and sees some impurities on his clothes or body while he was not previously aware of he was aware of them but he forgot about them, or he did not forget but he was not able to remove them, then his prayer is still valid and he does not have to repeat it. This opinion is supported by Allah’s Saying:

And there is no sin for you in the mistakes you make unintentionally. (Al-Ahzab 33: 5)

Many of the companions of the Prophet and followers maintained the same opinion.

If a person cannot determine which part of his clothes containing the impurity, he should wash the whole garment. This is based on the rule: “If an obligation cannot be fulfilled except by performing another related act, then that act becomes obligatory as well.”

If a person mixes his pure clothes with his impure clothes and gets confused between them, he should investigate the matter and choose a pure one for prayer. This is similar to the issue of the exact direction of the qiblah. It does not matter if the proportion of pure clothes was large or small.

1. Entering the Bathroom with Something on which Allah’s Name Is Written

It is not desirable to carry something on which Allah’s Name is written (unless one is afraid of losing it or having it stolen), while one is inside the bathroom. Anas narrated that the Prophet (peace be upon him) had a ring engraved with Muhammad Rasul Allah, (Muhammad, the Messenger of Allah), which he would take off whenever he went to the bathroom.

2. Hiding Oneself from Others Eyesight while Defecating or Urinating

This is especially true in the case of defecation, so that others should not hear noxious sounds or smell bad odors. Jabir said: “We were journeying with the Messenger of Allah and he would only relieve himself when he was out of sight.” (Ibn Majah)

3. Saying the Supplication of Entering the Bathroom

4. Keeping Silent while in the Bathroom

One should not respond to greetings or repeat what the Mu’adhdhin “caller to prayer” is saying. One may speak if there is some necessity, such as guiding a blind man lest he may be harmed. If one sneezes while in the bathroom, one should praise Allah inaudibly without making a sound. Ibn `Umar narrated that a man passed by the Prophet and greeted him while he (the Prophet) was urinating. The Prophet did not return his greeting. (Muslim)

Abu Hurairah reported that Allah’s Messenger (peace be upon him)said: “When one of you relieves himself, he should neither face the qiblah nor turn his back on it.” (Muslim and Ahmed)

6. Avoiding the Splash of Urine

One should seek a soft and low piece of ground to protect himself from impurities. Abu Musa (may Allah be pleased with him) related that the Messenger of Allah came to a low and soft part of the ground and urinated. He then said: “When one of you urinates, he should choose the proper place to do so.” (Abu Dawud)

7. Avoiding Urination or Defecation in the Holes in the Ground

Qatadah related from `Abdullah ibn Sarjas who said: “The Messenger of Allah forbade urination into a hole.” Said Qatadah: “What is disliked about urinating into a hole?” Said he: “It is the place where the jinn reside.” (Ahmed)

8. Avoiding Defecation or Urination in Shaded Places and Walkways

Abu Hurairah (may Allah be pleased with him) reported that the Prophet (peace be upon him)  said: “Beware of those acts which incur cursing.” They asked: “What are those acts?” He said: “Relieving yourself in the people’s walkways or in their shade.” (Muslim)

9. Avoiding Urination in the Running water or the Bathing Places

`Abdullah ibn Mughaffal narrated that the Prophet said: “None of you should urinate in a bathing place and then make ablution in the water because most of waswash (devil’s insinuations) comes from that.” (Muslim)

If there is a drain in the bathing place, it is permissible to urinate into it.

If a person can ensure that no impurities will touch his clothes, it is permissible to urinate while standing. `A’ishah (may Allah be pleased with her) said:”If someone relates to you that the Messenger of Allah urinated while standing, do not believe him. He only urinated while sitting.” (Muslim)

11. The Necessity of R Removing Impurities from One’s Clothes and Body

It is permissible to cleanse oneself using a stone or any other pure matter. One may use only water to clean the ground, or any combinations of purifying agents. `A’ishah reported that the Messenger of Allah said: “When one of you goes to relieve himself, he should clean himself with three stones.” (Ahmad and Abu Dawud)

Anas also related the Prophet as saying: “Purify yourselves from urine, as most punishment in the grave is due to it.”

12. Using the Left Hand in Purification

13. One should remove any bad smell from his hands after cleaning himself

Abu Hurairah said: “When the Messenger of Allah relieved himself, I used to bring him a container of water. He would cleanse himself, then rub his hands against the soil.” (Abu Dawud)

14. Paying No Attention to Doubts after Purification

One should make sure that one has cleansed himself well. If one finds some dampness in his clothes after that , he can assure himself by saying: “That is nothing. It is just water.”

One should enter the bathroom or toilet with one’s left foot, and go out with one’s right foot, saying: “O Allah! I seek your forgiveness.”

`A’ishah (may Allah be pleased with him) narrated that when the Messenger of Allah went out the bathroom, he would say this supplication. (Al-Bukhari)