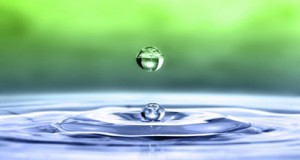 If one’s clothes or body are contaminated with impurities, it is obligatory to wash them with water until they are cleansed of the impurities.

In the first part we talked about some kinds of impure substances. Here, we will touch on other types and show how to get purified of them.

Jallalah is an Arabic term referring to animals that feed on humans or animals excrements. Ibn `Abbas reported that Allah’s Messenger (peace be upon him) forbade consuming these animals’ milk. (Al-Bukhari and Muslim)

In one narration of the hadith, it states that it is also prohibited to ride a jallalah.” (Abu Dawud)

If the jallalah is kept away from  other animals for some time and is given clean food to eat, then it becomes pure and is no longer called jallalah. Thereupon, it becomes permissible to eat, as the reason for the prohibition was the change it underwent due to eating filths, a state which is no longer present.

According to most scholars, alcohol is impure. Allah says in the Qur’an:

Alcohol, games of chance, idols and divining arrows are only an infamy of Satan’s handiwork. (Al-Ma’idah 5:90)

Some scholars opine that it is pure. They maintained that alcohol is morally, not substantially, impure. As for the verse, they said that not every prohibited substance is impure.

Purifying the Body and Clothes

If one’s clothes or body are exposed to impurities, it is obligatory to wash them with water until they are cleansed of the impurities. This is most required if the impurity is visible, such as blood. If there are some stains that remain after washing and are extremely difficult to remove, there is no harm.

If the impurity is not visible, such as the stains of urine, it is sufficient to wash it one time. `Asmaa bint Abu Bakr (may Allah be pleased with them) narrated that a woman came to the Prophet (peace be upon him) and said: “Our clothes are tarnished with menstrual blood, what should we do ?” He said, “Scrape it, rub it with water, pour water over it and then pray in it.” (Al-Bukhari and Muslim)

If some impurities get on the lower portion of a woman’s dress, it is purified by dust as she trails along. A woman said to Umm Salamah (may Allah be pleased with her) “I have a long dress that drags on the ground, and I walk through places that contain filth. What should I do?” Umm Salamah answered her, “The Messenger of Allah said: ‘It is purified by what comes after.”‘ (Ahmad and Abu Dawud)

If there are impurities on the ground, it is purified by pouring water it. This is proven by Abu Hurairah’s hadith about a Bedouin who urinated in the mosque. The Prophet (peace be upon him) clarified that all that was needed was to pour water over it.

Ibn `Abbas (may Allah be pleased with him) narrated from Maimunah that the Prophet (peace be upon him) was asked about a mouse that fell into a pot of clarified butter. He said: “Take (the mouse) and what is around it out, and throw it away. Then eat (the rest of) your clarified butter.” (Al-Bukhari)

Purifying the Skin of Dead Animals

Tanning purifies the skin and the fur of a dead animal. This is based on the hadith of Ibn `Abbas, in which the Prophet said: “If the animal’s skin is tanned, it is purified.” (Al-Bukhari and Muslim)

Mirrors, knives, swords, nails, bones, glass, painted pots and other objects with smooth surfaces that have no pores are purified by simply wiping them and removing any impure remains. The companions of the Prophet used to pray while wearing swords smeared with blood. They would just wipe the swords to purify them.

Shoes may be purified by rubbing them against the ground, provided that the remains of the impurity are removed. Abu Hurairah narrated that Allah’s Messenger (peace be upon him)said: “If one of you stepped in some filth, the earth will purify his shoes.” (Abu Dawud) Since shoes are repeatedly exposed to filth, it is sufficient just to wipe them against the ground.