Was There Ritual Prayer before Islam? (1/2) 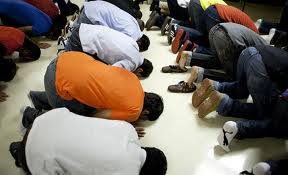 We learn from information in the sources that some members of the Hanif religion performed ritual prayer (salah).

The Prayer of the Monotheists before Islam (Hanif)

We learn from information in the sources that some members of the Hanif religion – the small group of believers who refused to join in the general idol worship and remained attached to the worship of the One God in the period before Islam – performed ritual prayer (salah). According to Ibn Habib and Muslim; Abu Dhar and Qus ibn Sa`id were among those who prayed during the Age of Ignorance.(1)

Various verses of the Qur’an state that Ibrahim (Abraham) and Isma`il (Ishmael) performed ritual prayers and that they ordered their followers to do the same.

My Lord, make me and some of my progeny among those who make salah! My Lord, accept my prayer!(Ibrahim 14:40)

The following verse shows that Abraham’s prayer included the qiyam, ruku` and sujud positions of prayer:

At one time I described the Ka`bah to Abraham (and I commanded him): clean my house for those who do not take other gods and who circumambulate, stand in an upright position, bend over, and bow down (Al-Hajj 22:26)

We also know from verbal Jewish narrations that there was prescribed prayer in Abraham’s religion. In the Talmud it is recorded that the Prophet Abraham rose early in the morning and prayed to Allah at dawn and that the Shararit worship is from Abraham.(2)

Some reports in Islamic sources illuminate this subject. According to a report made by Al-Azraqi, Abraham used the Maqam-Abraham as qiblah, he made prayer from the direction of the door towards it, and Ishmael continued the same practice.(3)

Also, Abraham and Ishmael, together with believers coming from every direction, came to Mina on the eighth day of Dhul-Hijjah (Tarwiyah Day) and made the noon, afternoon, evening and night prayers together. After spending the night there, they made the morning prayer and went early to `Arafat.

There they made the noon and afternoon prayers together and went to Muzdalifah after the sunset. They prayed the evening and night prayers together and spent the night there. After making the morning prayer at Muzdalifah, they stoned jamarat. According to the record, this practice was taught to Abraham by Gabriel.(4)

Later, Allah commanded Muhammad (peace be upon him) to conform to Abraham’s practice in the Qur’an.

It is recorded that the Prophet’s father `Abdul-Muttalib knew that the Ka`bah was established as a qiblah by Abraham, and that Zayd ibn `Amr turned towards the qiblah during the Time of Ignorance and saying: ‘My God is the God of Abraham, my religion is the religion of Abraham’,  he made sajdah.(5)

This and similar reports show that some traces of prayer were passed on from the time of Abraham to the Age of Ignorance.(6)

There is a verse in the Qur’an that says:

Their prayer next to the House of God is nothing more than whistling and clapping hands…(Al-Anfal 8:35)

This verse shows that the idol-worshipping Arabs were familiar with prayer. As a matter of fact, idolaters of this period – men and women – openly held hands and circumambulated the Ka`bah, whistling and clapping hands. Thus, as a form of worship they whistled, danced and applauded what they did. When the Prophet (peace be upon him)wanted to come to the Ka`bah to pray and read the Qur’an, they usually made this kind of demonstration, and making a noisy show as if they were making salah and praying, they counted this as worship.

It is narrated that Arabs in the Time of Ignorance knew about prayer and that they made prayers for their dead. They would stand at the head of the dead person’s grave, mention his good traits and good deeds, and show their grief. This was called As-Salah.

Islam called this prayer and similar religious traditions jahiliyyah (prayer of ignorance). This prayer, although different from the funeral prayer in Islam, is still prayer.

Again during the Age of Ignorance, Ka`b ibn Lu’ay would gather Quraish together on Friday and make a form of weekly worship that included a sermon. This day was called the Friday statement or Yawmu’l-Aruba (Arabism Day).

In conclusion, we can say that there was a form of worship called salah during the Age of Ignorance before Islam. However, the prayer made by the idolaters was without a spirit, removed from peace and good manners, and a disorderly form of worship. They made this worship not only for Allah, but for His partners, girls whom they accepted as angels, as well.

Islam directed worship only to Allah, and removed everything from worship that was contrary to unity.