Prayer of a Traveler 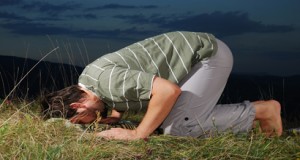 Shortening Prayer is a concession and gift from Allah to the worshipers who fear Him and they must accept the gift.

Allah intends every facility for you: He does not want to put you to difficulties. ( Al-Baqarah 2:185)

Islam is the religion of ease. Allah does not impose discomfort upon anyone, nor does He make commands unless they are capable of being carried out. Because of the hardships which have to be endured during a journey, Allah has permitted that four rak`as (units of prayer) be reduced to two. Some of the sound hadiths hold that Prayer was originally prescribed as two rak`as, this number is increased up to four rak`as for the one who is settled, but shortened for the traveler.

Therefore, if you are traveling, shorten the Zhuhr (Noon) Prayer to two rak`as instead of four and likewise the `Asr (Afternoon) and `Isha’ (Night) Prayers. But the Maghrib (Sunset) and Fajr (Morning) Prayers remain as they are and are not shortened. As for the voluntary and supererogatory Prayers it is enough to perform only two rak`as before the Morning Prayer and the Prayer of Witr. Shortening Prayer is a concession and gift from Allah to the worshipers who fear Him and they must accept the gift, for Allah wants you to accept His concessions as He wants you to accept His prescribed laws. You are therefore required to shorten Prayer while traveling and this is the duty that should be observed.

There is no difference whether you are traveling by air, by car, by ship, by train, by camel, or on foot. All those forms are called traveling and in all of them Prayer is shortened without distinction as to the mode of travel. Shortening of Prayer lasts as long as the person is traveling. When he takes up residence in a country he should then complete Prayer with four rak`as, but there are various views as to what constitutes a period of residence during which Prayer is performed in full.

Imam As-Shafi`i said, “If he intends to stay in a place for four days, his journey ends with his arrival and the day of arrival and departure should not properly be reckoned (as part of the term of residence).”

Abu Hanifah said, “He continues to be a traveler unless he intends to stay in a town or village for fifteen days or more.” According to others, he may shorten Prayer all the time unless he decides to stay permanently.

During the war with the Hawazin, in the year of the conquest of Makkah, the Prophet (peace be upon him) shortened his Prayer for eighteen or nineteen days. If a man arrives at a town but does not intend to stay in it for any specific period saying, “I will leave tomorrow or the day after,” then delays his departure because it is not convenient to leave, his Prayer continues to be shortened even though this state of affairs continues for years. If a man returns to his own country from a journey, he performs Prayer in full even though he does not intend to stay there.

If a person should miss a Prayer during a journey he performs two rak`as in his residence. For example, if a person from Baghdad was in Egypt when the time for the Noon Prayer arrived but was unable to perform it because of his preoccupation with his journey, then boarded an airplane to Baghdad which he reached after the Afternoon Prayer, he would perform two rak`as for the Noon Prayer and four rak`as for the `Asr (Afternoon) Prayer. The reverse applies also, in that a person missing Prayer in his residence must perform four rak`as on his journey.

There are differing views as to what is the specific period of the journey on which the rules are determined. Some say it should be three days and nights by camel or on foot and others say differently. The opinion of the scholars of Hadith is that there is nothing which specifies the length of the journey during which the traveler shortens Prayer. One must refer to what is defined as a “journey” in language and in law. The Glorious Qur’an says:

When ye travel through the earth there is no blame on you if ye shorten your Prayers. (An-Nisaa’ 4:101)

“Traveling through earth” holds true for every journey except going for a walk or a picnic during which Prayer is not shortened. Shu`bah related from Yahya ibn Al-Hina`i that the latter said, “I asked Anas (may Allah be pleased with him) about shortening the Prayer and he said: ‘If the Messenger of Allah (peace be upon him) went three miles or three parasangs, he used to perform the Prayer with two rak`as (Muslim)

The traveler may not shorten Prayer until he has left the town with its suburbs and gardens completely behind him. A traveler may perform the Prayer as the Imam of the residents where he is traveling in which case he performs two rak`as then says the Words of Peace, the residents completing the full Prayer by themselves. It is desirable that such an Imam should say to the residents, after saying the Words of Peace, “Complete your Prayer for I am a traveler.”

It is also permitted for a traveler to perform Prayer behind a resident, following his example. He may shorten Prayer or perform it in full as do the Imam and the congregation. It is better to perform Prayer in full for Ibn `Abbas (may Allah be pleased with him) was asked, “Why should the traveler perform two rak`as if he is alone and four if he is with the Imam?” He answered “That is according to Sunnah. (Ahmad)

Ibn `Umar (may Allah be pleased with him) said, “If I am with the Imam I perform four rak`as. If I am praying alone, I perform two.” (Muslim)

One thought on “Prayer of a Traveler”