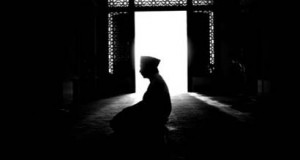 The Prophet said: “The best of prayer after those prescribed is that in the depth of night.”

The Excellence of Night Prayer

Numerous Prophetic narrations and Qura’nic verses mention the excellence of night prayer and the merit of those who perform it regularly. Allah the Almighty says:

O you who wraps himself [in clothing], arise [to pray] the night, except for a little – half of it – or subtract from it a little or add to it, and recite the Qur’an with measured recitation. (Al-Muzzammil 73:1-4)

`A’ishah (may Allah be pleased with her) reported that the Prophet said: “The most beloved deeds to Allah are the most constant, even if they were little.” (Al-Bukhari and Muslim)

She said in another narration: “Do not ever stop praying Qiyam. The Prophet never ceased praying it. When he was sick or weak, he prayed sitting.” (Al-Bukhari and Muslim)

The Prophet also said: “You should pray Qiyam Al-Layl, for it is the habit of the righteous people who came before you, and it will bring you closer to your Lord, expiate for bad deeds, prevent sin, and expel disease from the body.” (At-Tirmidhi and Ahmad)

Abu Hurayrah (may Allah be pleased with him) reported that the Messenger of Allah said: “The best of prayer after those prescribed (i.e. obligatory prayer) is that in the depth of night.” (Muslim)

Again, the Prophet (peace be upon him) said: “Verily, there is one hour during the (entire) night when any Muslim (submitting to the Will of Allah the Almighty) may call upon Allah and request anything of Him, regardless of whether the matter be worldly or of the hereafter. Allah, the Almighty will grant and fulfill the request. This is the case every night.” (Muslim)

Those who regularly perform the night prayers are the righteous and are more deserving of Allah’s bounty and mercy. Allah says:

Indeed, the righteous will be among gardens and springs, accepting what their Lord has given them. Indeed, they were before that doers of good. They used to sleep but little of the night, and in the hours before dawn they would ask forgiveness. (Adh-Dhariyat 51: 15-18)

Allah says that those who do not possess these qualities cannot be treated as equal to those who possess them. He The Almighty says:

Is one who is devoutly obedient during periods of the night, prostrating and standing [in prayer], fearing the Hereafter and hoping for the mercy of his Lord, [like one who does not]? Say, “Are those who know equal to those who do not know?” Only they will remember [who are] people of understanding. (Az-Zumar 39: 9)

The following acts are Sunnah (recommended) for the one who wishes to perform the night prayers. Upon going to sleep, one should make the intention to perform the prayers. Abu Abu Ad-Darda’ (may Allah be pleased with him) related that the Prophet said: “Whoever goes to his bed with the intention of getting up and praying during the night, and sleep overcomes him until the morning comes, he will have recorded for him what he had intended, and his sleep will be a charity for him from his Lord.”(An-Nasa’i and Ibn Majah)

Upon waking, one should wipe one’s face, use a Miswaak (tooth stick), and make this supplication: “There is no god but You, Glory be to You, I seek forgiveness from You for my sins, and I ask for Your mercy. O Allah, increase my knowledge and let my heart not swerve after You have guided me, and bestow mercy upon me from Yourself. All praise be to Allah who has given us back life after our death and unto Him is the resurrection.”

The Recommended Time for Night Prayer

Commenting on this subject, Ibn Hajar said: “There was no specific time in which the Prophet would perform his night prayer, but he would do whatever was easiest for him.”

It is best to delay this prayer to the last third portion of the night. Abu Hurayrah reported that the Prophet said: “Our Lord descends to the lowest heaven during the last third of the night, inquiring: ‘Who will call on Me so that I may respond to him? Who is asking something of Me so I may give it to him? Who is asking for My forgiveness so I may forgive him?”‘ (Abu Dawud)

The night prayer does not entail a specific number of rak`ahs which must be performed nor is there any maximum limit which has to be performed. It would be fulfilled even if one just prayed one rak`ah of Witr after the obligatory night prayer.

Samurah Ibn Jundub (may Allah be pleased with him) said: “The Messenger of Allah ordered us to pray during the night, a little or a lot, and to make the last of the prayer the Witr prayer.” (At-Tabarani and Al-Bazzar)

`A’ishah said: “The prayer of the Messenger of Allah during the night would be ten rak`ahs and then he would make Witr with one rak`ah.”