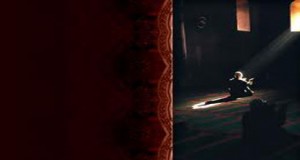 Tahajjud prayers raise us to a higher status of faith. Those who wake up to pray and call on their Sustainer, in fear and hope, would be rewarded.

Tahajjud (the optional late-night prayers) is derived from the Arabic root “hajada” that means, “being wakeful in the night.”

In the silent, dark and tranquil hours of the night, we seek liberation from the burdens of daily hectic life and focus solely on worship and praise of Allah. At that time, we can offer our Tahajjud prayers with calm and serenity. It is a time for pause and quiet reflection during some uniquely serene moments.

The timing of Tahajjud prayers offers an exceptionally spiritual atmosphere and purity of thought in preparation for the day to begin. It also enhances the concentration ability of the memory components of the brain and helps us to place the forthcoming duties of the day into their respective compartments by reversing pending improper intentions, if any.

We will need the intimacy and closeness to Allah in order to express our innermost thoughts, feelings, desires and fears… indeed our whole life history. The rising at night for Tahajjud prayers is more affirmative and most suitable for understanding and strengthening one’s faith, and also for framing and formulating the wordings of prayer and praise.

It kindles the faith flame within us to receive true illumination in the darkness of the night. It opens the window to the heart for light to enter its dark crevices where problems are lurking to be solved. Just as a person is mirrored clearly in the calm and still waters of a lake, so the mind is reflected in the supplicating words of Tahajjud prayers.

Tahajjud prayers ignite the divine spark that lies dormant within us. It makes us a shining example and a beacon to instill brightness in the lives of those persons we encounter who are still at the beginning of their journey to Allah. We may not be aware of this particular influence of ours in the lives of others whom we meet, which has already been laid down in Allah’s Plan and Wisdom. Prayers are performed in mosques, where the union and awareness of the unique bond of faith give us many lessons for seeking tranquility together and drawing lessons for social reconciliation.

Love for Allah grows with time, being a slow process. We pray for forgiveness in the early hours before dawn. We observe that angels and men of knowledge are linked together, according to what the Qur’an says. The best time for Tahajjud is to delay it to the last third of the night, according to the Sunnah.

Psychologists assume that the repair of the body takes place during stage 3 and 4 of deep sleep (dreamless sleep), during which memory and learning molecules are also re-synthesized in the hippocampus of the brain. Hence, we can formulate our wordings of petition and others much better during this period.

According to the Qur’an, Tahajjud prayers will raise us to a higher status of faith. Those who wake up to pray and call on their Sustainer, in fear and hope, would be rewarded.

From stage 4 of deep sleep, we pass on to stage 5, known as Rapid Eye Movement (REM) sleep, when dreaming occurs. There are 4 or 5 such periods in every night of restful sleep. The dreams of early morning, say before Tahajjud prayers, are remembered more vividly and with more accurate details and actions of the main figures, than those dreams of earlier in the night. This is because memory molecules are synthesized during stages of deep sleep, which precedes the REM sleep when dreaming occurs.

Moreover, the Dawn Prayer would add a further quota of beneficial effects of this extra physical and spiritual exercise.

We look forward to each day with optimism and enthusiasm, and to prepare in advance in the morning the list of good deeds we are planning to do during the day. During Tahajjud prayers, we can formulate our supplications, which will assist in molding our personality and daily schedule, beginning in the early morning.

When we wake up, our first port of call should be the prayer mat, followed by priorities in our agenda. Prayer contributes to our tranquility and peace of mind. However, even the largest ships meet with turbulent waters, and we, as human beings, are liable to come across trials and tribulations that we have been destined for.

Although Man has achieved phenomenal success in science and technology, he cannot solve problems of moral nature, violence, discrimination and many other daily situations, locally and world-wide. If Allah needs no praise because He is above all praise and if He needs no petition because He knows our needs better than we do ourselves, and if His bounties are open without asking, to the righteous and the sinner alike, then why should we pray at all and make du`aa’?

In the Qur’an, Allah advises us to make du`aa ‘ and He promises to respond. This is for our own spiritual growth and fulfillment, consolation, success in this life and in the Hereafter, and for a perfected personality with strong will power, all of these through His grace and guidance.

Offering du`aa’ is a constant reminder to us that we are not alone in this world but feel a divine presence. When prayers are followed by meaningful action and service to mankind, we upgrade ourselves from being better Muslims to a much higher status and we ascend faster through as-sirat-al-mustaqim (the straight path of truth) towards Allah, our eventual goal!