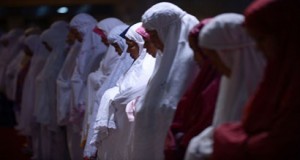 Taraweeh can be performed individually at home or at the mosque.

Ramadan is the month of the Qur’an, fasting, and qiyam (prayer at night). Ramadan comes with mercy, forgiveness of sins, patience, spiritual nourishment and hygiene. Fasting in Ramadan is a way to perfect our behavior, sharpen our sense of responsibility and unite our nation.

In his response to a question about performing Taraweeh (night prayer in Ramadan) for women, Sheikh Ahmad Kutty, a senior lecturer and Islamic scholar at the Islamic Institute of Toronto, Ontario, Canada, states:

According to the consensus of Muslim scholars, Taraweeh is not considered mandatory on either men or women. It is only considered a recommended act. There is no evidence that it is an obligatory act of worship. As far as I know, no jurist or imam of Fiqh has expressed such an opinion.

Moreover, Taraweeh can be performed individually at home or at the mosque. If for some reason you cannot go to the mosque, you can offer it at home.

It is reported that the wives of the Prophet (peace be upon him) and other companions would pray Taraweeh at home. Some of them even would open the mushaf (copy of the Qur’an) and read from it while performing Taraweeh.

Based on the above, if you are not able to go to the mosque, you would not be deprived of the reward or blessings if you perform Taraweeh at home.

Taraweeh prayer is recommended and performing it in a Mosque is desirable.

Nevertheless, all Muslims, whether women or men or even children, should attend it at the Masjid because this displays the unity of Muslims and cements their relationships.

Finally, remember that we should honor the month of Ramadan to the utmost of our ability because in this month the Qur’an, which is our light, guide, and legal and spiritual force, was revealed to Prophet Muhammad (peace be upon him).

Making Du`aa’ and Dhikr During Tarawih