Actions that Do not Nullify Ablution 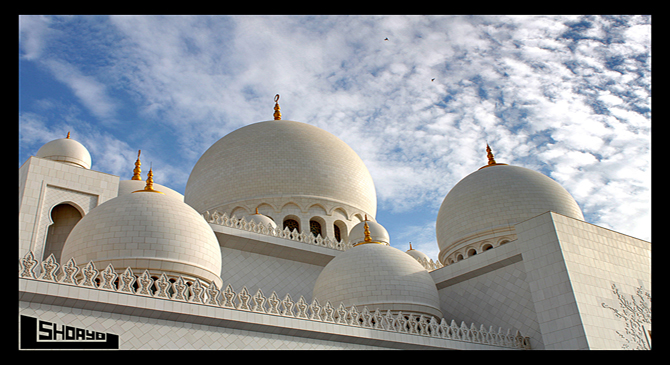 If one is uncertain about his condition of purity, he does not need to perform a new ablution.

`A’ishah (may Allah be pleased with her) related that the Messenger of Allah (upon whom be peace) kissed her while he was fasting and said, “Kissing does not nullify the ablution, nor does it break the fast.” (Ishaq ibn Rahawaih and Al-Bazzar)

`A’ishah also said: “One night, I missed the Messenger of Allah in my bed, and so went to look for him. I put my hand on the bottom of his feet while he was praying and saying, ‘O Allah, I seek refuge in Your pleasure from Your anger, in Your forgiveness from Your punishment, in You from You. I cannot praise you as You have praised Yourself” (Muslim and At-Tirmidhi)

She also reported: “The Prophet (peace be upon him) kissed some of his wives and went to prayer, without performing ablution.” (Ahmad)

Bleeding from an Unusual place:

This involves bleeding due to a wound, cupping or a nosebleed, and regardless of whether the amount of blood is small or large.

Said Al-Hassan: “The Muslims still prayed even while wounded.” (Al-Bukhari)

He also reported: “Ibn ‘Umar squeezed a pimple until it bled, but he did not renew his ablution. Ibn Abi `Uqiy spat blood and continued his prayer. `Umar ibn Al-Khattab prayed while blood was flowing from him. (Abu Dawud and Ibn Khuzaimah)

Regardless of whether the amount of vomit was great or small, there is no sound hadith that it nullifies ablution.

That this does not nullify the ablution was the opinion of the four rightly guided caliphs, the companions and the following generation, although there is an authentic hadith that states one should make ablution after it.

Said Jabir ibn Sumrah (may Allah be pleased with him):”A man asked the Prophet (peace be upon him)”Should we make ablution after eating mutton?’ He said, ‘If you wish, make ablution. If you do not, do not make ablution.’ The man asked ‘Should we make ablution after eating camel meat?’ He said, ‘Yes.”‘ Al-Barra’ ibn ‘Aazib related that someone asked the Prophet about praying in the dens of camels, and he said, “Do not pray therein, for they are of the devils.” He asked about the dens of sheep, and he said, “Pray therein, for they are blessings. (Ahmad, Abu Dawud and Ibn Hibban )

Doubts whether or not one has Released Gas:

This is the case where the person cannot quite recall if he is in a state of purity or not. Such a state of mind does not nullify ablution, regardless of whether the person is in prayer or not, until he is certain that he has nullified his ablution.

`Abbad ibn Tameem related that his uncle queried the Prophet (peace be upon him) about a person who feels something in his abdomen while praying. Said the Prophet: “He should not leave (the prayer) until he hears it or smells it.” (Muslim, Abu Dawud and At-Tirmidhi).

It does not mean that its sound or bad smell nullifies ablution, but that the person must be certain about the fact that he has nullified his ablution. Says Ibn Al-Mubarak (may Allah have mercy on him):  “If one is uncertain about his condition of purity, he does not need to perform a new ablution.” If one is certain that he has nullified his ablution and doubts whether he has purified himself or not, he must perform a new ablution.

This does not nullify ablution, for there are no confirmed reports that state such a thing.

This also does not require a new ablution, for the reports that say it nullifies ablution are weak.