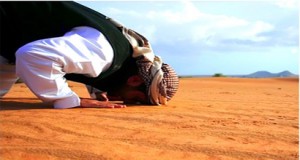 The Prophet used to teach his companions the Prayer of Istikharah (seeking Allah’s guidance) in all of their concerns, just as he would teach them a chapter from the Qur’an.

The Prophet (peace be upon him) was keen to teach the believers the du`aa’ (supplication) for Istikharah (seeking Allah’s guidance). Jabir (may Allah be pleased with him) narrated:

“O Allah! I seek Your counsel by Your Knowledge and by Your Power I seek strength and I ask You from Your Immense Favor, for indeed You are able while I am not and indeed You know while I do not and You are the Knower of the unseen. O Allah! If You know this affair – and here he mentions his need – to be good for me in relation to my religion, my life, and my end, then decree and facilitate it for me, and bless me with it; and if You know this affair to be ill for me regarding my religion, my life, and my end, then turn it away from me and turn me away from it. And decree for me what is good wherever it be and make me satisfied with such.” (Al-Bukhari)

Benefits and Rulings of Istikharah:

1. This hadith tells us the precise words with which we should invoke Allah for guidance. It indicates that the Prayer of Istikharah is a most recommended act of Sunnah that the Prophet (peace be upon him) was keen to teach the companions how to perform it.

2. It is recommended to perform a two-rak`ah prayer before the Istikharah du`aa’ (supplication) is recited. Imam Ibn Abu Jamrah who was one of the early scholars, stated: “The wisdom behind the performance of the two-rak`ah prayer before supplicating lies in the fact that the purpose of Istikharah is to achieve success, both in this life and in the Hereafter. For this purpose, the servant needs to knock at the door of the King (i.e., Allah) and nothing is better and more effective in this regard than praying to and glorifying Allah and showing one’s need for His bounty and constant assistance.”

3. The believer should then praise Allah the Almighty as He should be praised, for Allah loves that His servants praises him.

4. An important rule for any du`aa’ is that one should ask Allah by His sublime Attributes; one should select the Attribute which reflects Allah’s power and ability to do the thing being asked of Him; one should therefore supplicate by saying, for example: ‘O Razzaq (i.e., Provider)! Sustain me, O Merciful! Have mercy upon me and the like.”

5. As with every du`aa’, the supplicant should have humility before His Lord. The Muslim recognizes that Allah alone can do everything and that there is no strength or power that transcends His Power, and that he is utterly helpless without His Lord’s Help.

6. The Prophet (peace be upon him) would teach his companions to begin their supplications by asking Allah for benefit and safety in their religion, for indeed nothing is more precious than religion and no calamity worse than its loss.

7. The Companions were extremely diligent in performing Istikharah. The Prophet (peace be upon him) would teach his companions to pray for guidance in all of their matters, just as he would teach them a chapter from the Qur’an. Imam Ibn Hajar stated that this shows the great importance of consulting Allah through supplication because it was mentioned here, in the same context, with reciting the Qur’an.

What matters should Istikharah be performed for?

The hadith states that we should consult Allah about all matters. Imam Ibn Abu Jamrah stated: “This is a general statement pertaining to something specific. Istikharah should not be about things understood to be an obligation, nor about things that are known to be forbidden. For example, there are five daily compulsory prayers and so we should not ask Allah whether to perform them or not; when Allah and His Messenger have made something clear to us we must accept it completely.”

Allah confirms this by saying what means:

It is not for a believing man or a believing woman, when Allah and His Messenger have decided a matter, that they should [thereafter] have any choice about their affair. (Al-Ahzab 33:36)

This tells us that before we act, we should find out the Islamic position regarding the act itself and then comply accordingly. Istikharah is performed for matters where we have a choice, (such as marrying a particular person, buying a car, etc…) regardless of whether they are small or big matters or whether one finds them to be good or not. Yet some people only resort to Istikharah when they are confused about a matter; if they see good in it, they proceed, relying on their own judgment, thus forgetting the Sunnah.

What does one do after performing Istikharah?

Once the Muslim has consulted his Creator about a particular matter through Istikharah, he should proceed to undertake what he is content with, relying on Allah to achieve his purpose, fully convinced that whatever Allah wills happens, and whatever He does not will, never happens.

It is not a condition that after Istikharah has been made; one should expect a dream relating to a specific choice, even though Allah may make one have a dream. Therefore, Istikharah is, in essence, a form of faith-education, after which the Muslim should proceed to undertake the matter with full confidence of his success, having consulted his Creator in Whom he has full confidence and trust.

Thereafter, even if he faces difficulties, he never loses faith in the wisdom of Allah, because as a Muslim he does not see success merely in worldly terms, for he is more concerned with the rewards and blessings of the Hereafter. Part of his faith is the belief that calamities may be of benefit in the sense that Allah forgives sins by them.

When the believer reaches this level of understanding of Istikharah and the results it brings about, his satisfaction will be great, as will be his contentment and perseverance, since he fully believes that whatever the situation is, it is his Lord’s Choice.

This increases his faith and he will neither feel regret for anything he misses in life nor will he indulge in the use of the expression: “If only this or that happened…” This level of understanding is subsequently reflected in his personality to such an extent that he will always appear firm and self-confident.

These etiquettes are derived from the aforementioned hadith, which many Muslims have unfortunately turned their backs to in lethargy and absent mindedness.