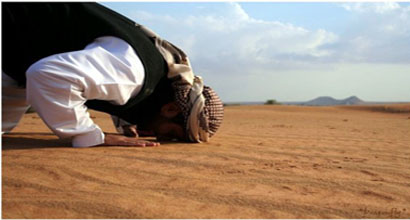 The Prostration of Forgetfulness can be defined as two prostrations that the one praying makes in order to compensate for mistakes occurring in the prayer due to forgetfulness.

Many people are ignorant about many of the rulings concerning the Sujud As-Sahw (prostration for forgetfulness) in the prayer. Some of them leave the Sujud As-Sahw when it is obligatory upon them. Others perform the prostration in other than its correct place; some perform it before the tasleem (salutation at the end of the prayer) even in cases when it has to be performed after the tasleem. Others prostrate after the tasleem even when it should be performed before it.

Therefore, it is very important to become aware of its rulings, especially for the Imams (leaders of prayer) whom the people follow in their prayers, and who have therefore taken on the responsibility of following that, which is correct and prescribed in their prayers, and of leading the Muslims upon that.

The Prostration of Forgetfulness can be defined as two prostrations that the one praying makes in order to compensate for mistakes occurring in the prayer due to forgetfulness (sahw).

Its causes are three:

First Cause: Having Added Something (Az-Ziyadah)

If the person praying deliberately adds an extra standing, sitting, bowing or prostration, then his prayer is nullified. If however, he does so due to forgetfulness and does not remember the addition until having completed it, then there is nothing due upon him except Sujud As-Sahw, his prayer will be correct. If however, he remembers whilst performing that addition, then it is obligatory upon him to leave that addition and also to perform Sujud As-Sahw (i.e., at the end of the prayer), and his prayer will be correct.

The proof for this is the hadith of `Abdullah ibn Mas`ud (may Allah be pleased with him) who said that, “The Prophet (peace be upon him) prayed Zhuhr with five rak`ahs, so someone said, ‘Has increase been made in the prayer?’ So he replied, ‘And why is that?’ They said, ‘You have prayed five (rak`ahs).’ So he performed two prostrations after having given the salutation” and in a narration (there occurs) “… so he turned his feet and faced the Qiblah (direction of the Ka`bah), and per formed two Prostrations, then he gave the Salutation.” (Agreed Upon)

Giving Salutations (tasleem) before Completion of the Prayer

Giving salutation before the completion of the Prayer is a case of addition in the Prayer. So whoever gives the salutation before the completion of the Prayer deliberately, then his prayer is nullified. If, however, it is done due to forgetfulness, and he does not remember this until after a long time then he should repeat his prayer again. If he remembers a short time later, such as after two or three minutes, then he should complete his prayer and salutation, and then prostrate for forgetfulness and then give salutation (again).

And if the Imam gives the salutation before completion of his prayer and there are some followers who missed part of the prayer and who stand up to make up what they had missed, and then the Imam remembers that there is something incomplete in his prayer that he has to make up for, so he stands to complete that – then in this case the followers who have already stood to complete what they missed have a choice between continuing to make up what they missed and then performing prostration for forgetfulness, and between returning to following the Imam – and when he performs the salutation to complete what they had missed – and then to prostrate for forgetfulness after giving the salutation, and this is more right and is more prudent.

What Is the Ruling of Movements in Prayer?