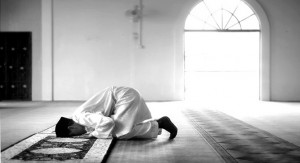 Prolonging the du‘aa’ in the third rak‘ah during sujud (prostration) excluding the others, is not part of the guidance of the Prophet.

Prolonging the du‘aa’ in the third rak‘ah during sujud (prostration) excluding the others, is not part of the guidance of the Prophet (peace be upon him).

Even if making abundant du‘aa’ is essentially legislated, such specification is not. The prayer of the Prophet was almost balanced. Al-Bara’ (may Allah be pleased with him) said: “The sujud and ruku ‘of the Prophet (peace be upon him), as well as his sitting between the two sajdahs, were almost equal in length.” (Al-Bukhari and Muslim)

One should leave this act, as the best guidance is the guidance of the Prophet (peace be upon him). Sheikh ibn ‘Uthaymin (may Allah have mercy upon him) said: “Prolonging the final sajdah is not part of the Sunnah, since the Sunnah is to have all parts of the prayer practically equal in length, i.e., ruku‘, standing after it, sujud, and sitting between the two Sajdahs.”

This is as Al-Bara’ ibn ‘Azib said: “I observed the prayer with the Prophet, and I found his Qiyam (standing), his ruku‘, his sujud, and his sitting at the end to be almost equal in length.”

In the meantime, there is another place for du‘aa’ other than sujud, and that is the Tashahhud. The Prophet, taught ‘Abdullah ibn Mas‘ud the Tashahhud and said: “Then let him choose whatever du‘aa’ he likes.” He thus made the du‘aa’ permissible, whether short or long, after the final Tashahhud, prior to saying Tasleem (to end the prayer).”

Finally, it is best for you to distribute the du‘aa’ throughout the different sajdahs of the prayer, until each is similar in length to the others, and that you make du‘aa’ after Tashahhud and before the Salam.