How to Keep Your Eye in Prayer 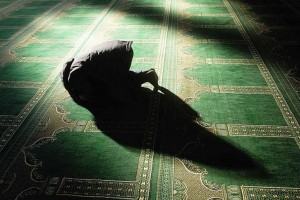 If approached with sincerity and patience, the Prayer can become the greatest pleasure of our daily life.

And the Prayer is a difficult matter except upon those who fear Allah; who are certain that they will meet their Lord, and that they will return to Him. (Al-Baqarah 2:45-46)

The uniqueness of the Prayer lies in the fact that it is repeated not once a year or a month nor a day, but indeed five times a day. It is the most remarkable distinction of a believer’s life. However, because of this continuous and demanding nature of the Prayer, it may be a cause of difficultly for some who lack its understanding and piety, or those who are new to it.

If approached with sincerity and patience, the Prayer can become the greatest pleasure of our daily life: “the coolness of eyes,” as a hadith puts it. Here are some tips that can make the Prayer easy and pleasurable.

If one does not know the merits and necessity of the Prayer, the immense bounties that come with it, and the unspeakable spiritual pleasure and bliss of the company of Allah Almighty that is the reward of an attentive Prayer, one is likely to be tired of it.

The Prayer separates the believer from the disbeliever. The Prophet (peace be upon him) said in an authentic hadith: “So whoever has left it the salah (Prayer) then he has committed an act of disbelief.” (An-Nasa’i)

On that terrifying Day of Reckoning, the first thing a servant will be asked about is the Prayer: if s/he is successful in it, the rest is easy: If not, the rest is ruined as well.

Delaying the Pleasure is the Way to Success

Any worth-mentioning achievement in this world, whether it is excellence at work or at school, all-nighters in colleges or some other task, all require a degree of self-control and curbing of immediate desires. In fact, experts discover that, in general, the wisest of people even in worldly transaction is one who can curb his desires and delay the pleasure. Such a person is a successful businessman, a productive scientist and an outstanding student.

What, then, about the real test of this life, the reward for which is nothing less than the Paradise of your Lord?

Performing the Prayer in time is a trial. Indeed, the Hellfire is surrounded by whims and desires, whereas Paradise is surrounded by adversity. Everyone faces this difficulty proportional to the level of his or her faith. The fact is that: the weaker the faith, the higher the difficulty. Accordingly, the Prayer is hardest on the hypocrites.

Be determined to fight the laziness. As you win these fights, your faith increases and performing the Prayer becomes easier. Allah Almighty says in a hadith qudsi (Divine Hadith): “Whoever comes to me the distance of a hand span, I come closer to him arms length…” until He Almighty said: “If he comes to me walking, I come to him with a quick pace (in a manner befitting His Majesty).”

Do not Wait for the Last Minute

Rather, hasten to Prayer in the first hour, and it will become easier on you. The Prophet warned against delaying the Prayer and indicated that this is the sign of a hypocrite. Gradually, it becomes a habit to perform the Prayer well and it hurts to not do it right.

Remember…Worship is Nourishment for the Soul

Ibn Al-Qayyim mentioned that Ibn Taymiyah used to wait after the Fajr Prayer (Dawn) Prayer remembering Allah until the sun had risen. He used to say: ‘This is my nourishment’, meaning the means of his sustenance. ‘Should I not consume it, then I would not have the strength to last through the day’.

Similarly, it has been reported from a number of righteous Salaf (predecessors; early Muslims) that they did not use to regret missing anything from the matters of this life, like they would in missing such acts of worship.

Therefore, if you were to wonder how you could reach that same level of righteousness, your answer is: by faith and actions. Just wishing by itself is not enough and just because one is able to reach the lower level of worship does not necessitate that one will automatically be able to reach the more advanced level. Indeed, all of this is dependent on patience and hard work. Allah says:

And thus did we make them imams (leaders) guiding with our permission when they had had patience and had certain faith in our signs. (As-Sajdah 32:24)

Train Yourself to Be Enthusiastic about the Prayer

Rest assured that your enthusiasm to every matter is based upon your quickness or slowness in performing it. Thus, if you were to come to it early and quickly, you would find yourself forthcoming and spirited in performing it.

However, were you to come to it lethargically, you would find it burdensome and hope that you could be free from it. If you want a suitable example, then look at the one who comes to the Prayer early. You will find him the last to leave and the opposite goes for the one who comes in late. Similarly, in yourself you will also find the same.

On the other hand, in the Prayer that you came late to, remember how you hurried up the Prayer and hardly did that which comes later on from supplications or supererogatory prayer. This matter is not just limited to the Prayer only; rather it is for all matters and examples.